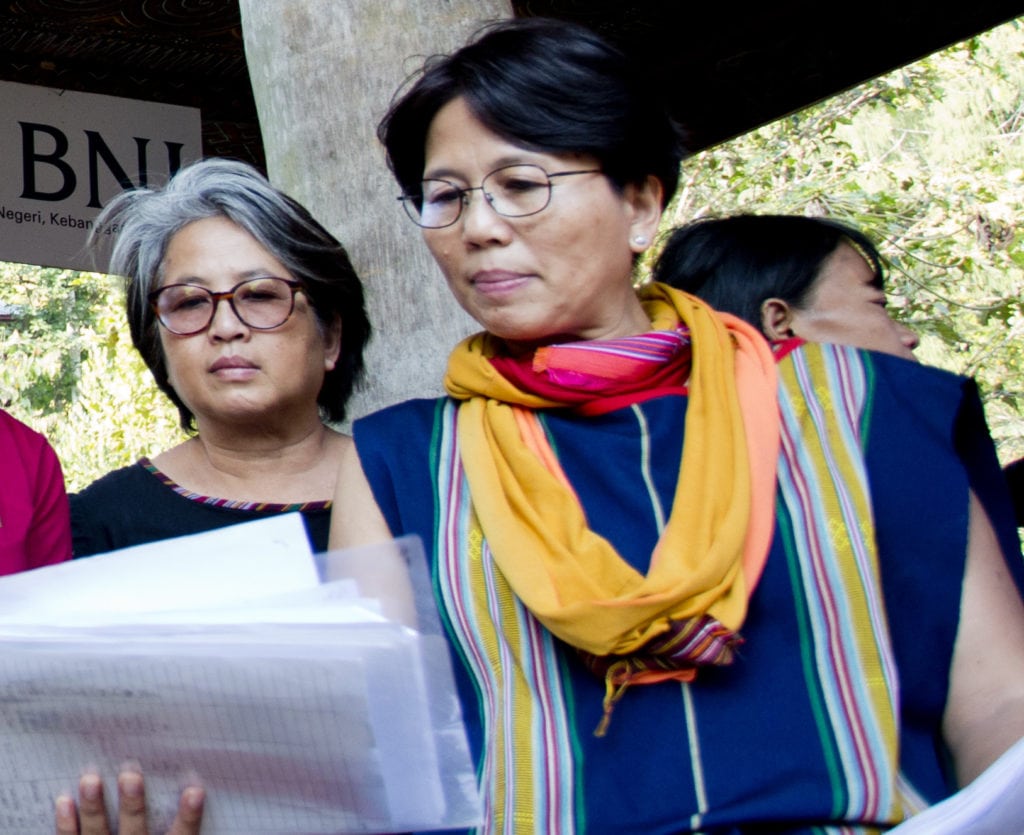 I have been spending a couple of quiet … oh well, rather quiet two weeks in Toraja.  In between playing with Melo, my golden retriever baby and visiting my mother-in-law who is still mourning the loss of her only daughter, I have been spending time to reflect on my life for the past ten years or so.  Essentially, my life with Toraja Melo.

2017 was an “annus horribilis” – a horrible year for me personally and for Toraja Melo. It started with the passing away of Rahma, my husband’s only sister – from lung cancer.  It was even sadder, because she left three young children and one of them has a Down Syndrome. Then, a major donor for our program with the weavers in Adonara and Lembata islands terminated the contract with what we feel, an unfair reason. This event resulted in the drop of Toraja Melo sales,  because we had to focus on fund raising for the community program.

The happy side during the year of 2017 was when I was asked to be the Local Producer by Christine Hakim and Garin Nugroho an internationally famous duo of Indonesian Actress and Film Director- to shoot an art film in Toraja targeted for the Cannes Festival.  I got to perform in several scenes ha ha. I also had the honor to be the Mentor for 12 young designers by BEKRAF IKKON (Indonesian National Agency for Creative Economy) to create a sustainable local creative economy in Toraja villages.  I really enjoyed working with super talented millennials, even though I lost 4 kg in the process.

The highlight that made my heart sing in 2017 was when as promised to the Adonara & Lembata weavers – without the grant from a major donor, we successfully managed to hold the “Sole Oha exhibition of the hand-woven textile and the life of the weavers from Toraja & Mamasa in Sulawesi and Adonara & Lembata in East Flores” on November 18 – December 17, 2017.

Almost 6,000 people attended the exhibition, a record breaking for the Jakarta Textile Museum.

It was made possible by the hard-work and fund raising by Toraja Melo friends and 12 organizations/companies.  Best of all, 25 weavers and dancers of PEKKA Adonara and Lembata took their saving from their Savings & Loans Cooperative to fly to Jakarta to introduce their weaving and to perform Sole Oha or the Dance of Togetherness at the opening ceremony.  So even-though I feel burnt out, at the same time, I feel so blessed. Hence, the pondering on Toraja Melo evolution.

In 2008, out of the shock in seeing Chinese looking babies of the Torajanese women who worked abroad– I started buying hand-woven textile from the Torajanese weavers.  The objective was simple, to give an alternative to Torajanese women, so they could stay home and make money from weaving instead of going abroad to be abused or made pregnant. At the same time, it would also be a good way to preserve and rejuvenate Indonesian traditional textile. For many years, I have been collecting Indonesian batik and tenun or hand-woven textile. Thus the “Preparing Period” 2008-2010 of Toraja Melo began. TorajaMelo 0.0.

In 2010, Nina my sister who is a Human Rights Activist, Counsellor for Women Survivors of Sexual Abuse and Founder of NAPIESV (http://www.napiesv.org ), who is a Fashion Designer and lives in California, USA joined me to be the founders of Yayasan/Foundation and Perusahaan Terbatas/Limited Liability Toraja Melo. So, our angle is Women’s rights using hand-woven textile or tenun as the entry point.  We both want to connect the gap between the community products and the national and international market.  Until 2012, it was our “Practicing and Learning Period”. TorajaMelo 1.0

Between 2012-2017 we were busy doing our branding by attending many trade exhibitions in Indonesia and abroad.  As our brand Toraja Melo started to get well-known, the invitation for partnership started to come. The first was by BNI (Bank Negara Indonesia), who supported our Community Development program in Toraja in 2012-2015.  In 2014 to escalate our community growth against the backdrop of increasing poverty and the disappearance of the weaving art & culture, we went into partnership with PEKKA (The Association of Women Headed Households).  PEKKA focuses on the community organizing, while Toraja Melo focuses on Textile & Fashion/Product Design and Marketing. MAMPU program (Women Poverty Alleviation of Australian Government) funded our partnership with PEKKA in Adonara & Lembata in 2015-2016. Ashmore Foundation funded our partnership with PEKKA in Mamasa in 2015 -2018.  By the end of 2017, we have been working in Toraja & Mamasa in Sulawesi and Adonara & Lembata in East Flores with a community of around 1,000 PEKKA weavers.

In November 2016, we conducted a study trip in India on “Community based Social Businesses”, focusing on handloom weaving.  We feel, that India is Indonesia’s older sister culturally and has similar challenges, i.e. big population, deep poverty and yet very rich with hand-crafted expertise.  We learned a lot and have been offered several business and learning partnerships.

In many areas, we have been supported by different companies and organizations who share our dreams, i.e. DMID to create our new logo and to conduct market research; UnLtd Indonesia-a Social Enterprise incubator;  Angels of Impact to promote our products in Singapore while creating a conscious market; DBS Bank & DBS Foundation to promote us as one of their Social Enterprise partners; Our Better World in creating a social impact stories through video, Biru Terong Initiative to create documentary films; Kaum– an Indonesian restaurant from Potato Head family collaborates in promoting Torajanese food & culture; and Wastra Indonesia– a group of traditional Indonesian textile enthusiasts to hold various events. So, until the end of 2017 it has been our “Partnering Period”.  TorajaMelo 2.0

I guess, we have succeeded in many things.   Now the Torajanese weavers are earning an average of Rp3 to 5 million per month.  The local government even holds an annual weaving festival starting in 2017. Many women have come back from Malaysia to Toraja and live in dignity from weaving. In Adonara and Lembata, the weavers are now weaving with color-fast thread and in color combination which is acceptable in the market, without leaving the indigenous technique.  In Mamasa, PEKKA and Toraja Melo entered and started working with the communities at the same time in 2015. The result was amazing! In less than two years, the membership of PEKKA have grown to more than 350, all of them are weavers. Having been organized by PEKKA in various leadership traits which include honesty, financial literacy and timeliness – the Mamasa weavers quickly learned the good quality weaving and color combination which are suited to the world market.  At the same time, some old weaving techniques have been resurrected, like matapa’ in Toraja, dodo puang and pallawa’ in Mamasa.

Of course, we have had many failures and detours.  We are still struggling on the business side. It’s still a challenge to find the right people for the right place.  Working capital is still the issue. So, starting 2018 we want to focus to scale up the business in the hope of helping more.

We are entering the tenth year.  We have learned quite a lot and we have met some amazing people who believe in Toraja Melo.

With the support of a Business Advisor team from Empassion, we will now focus on a three-pronged strategy: 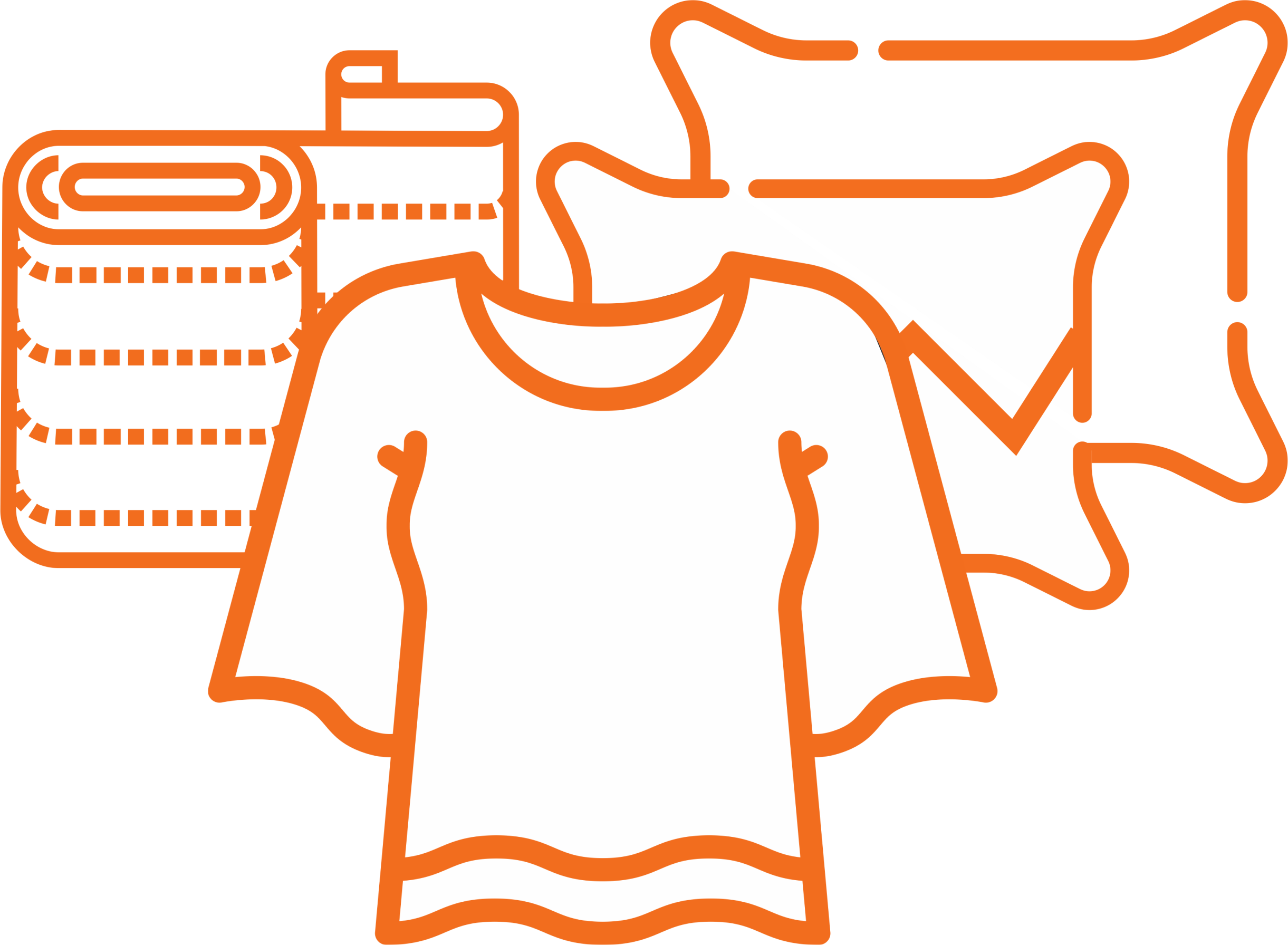 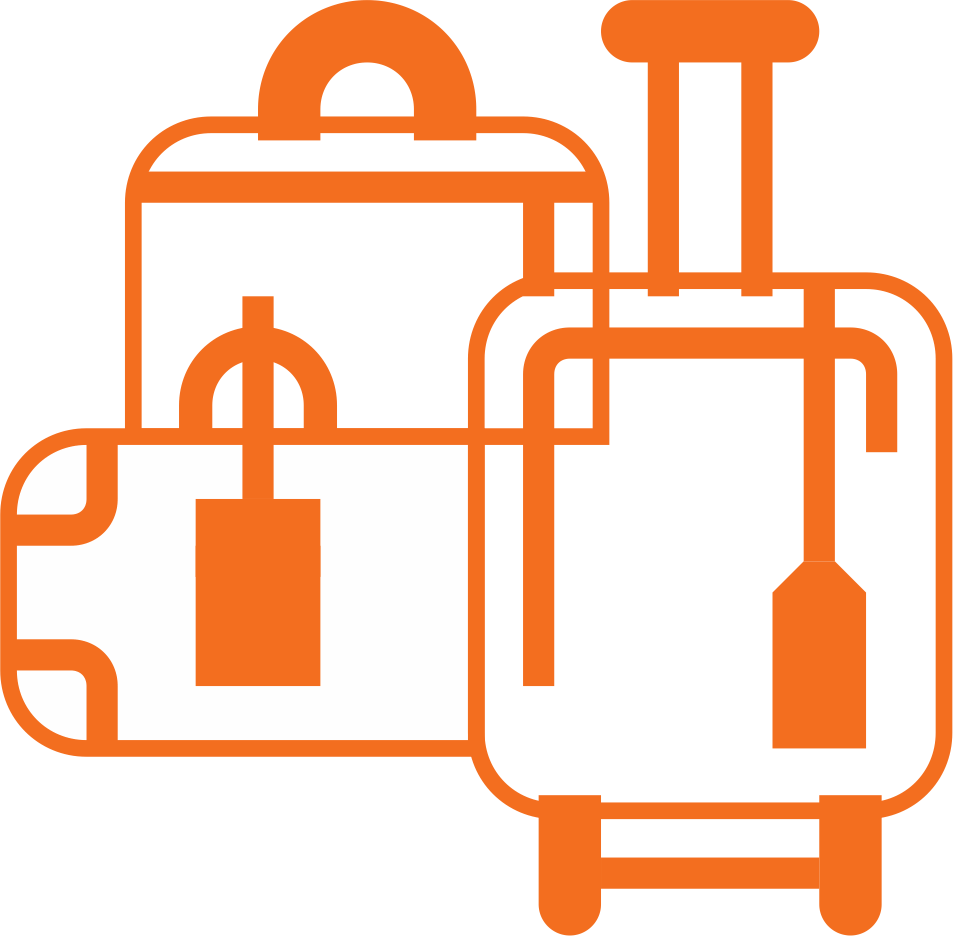 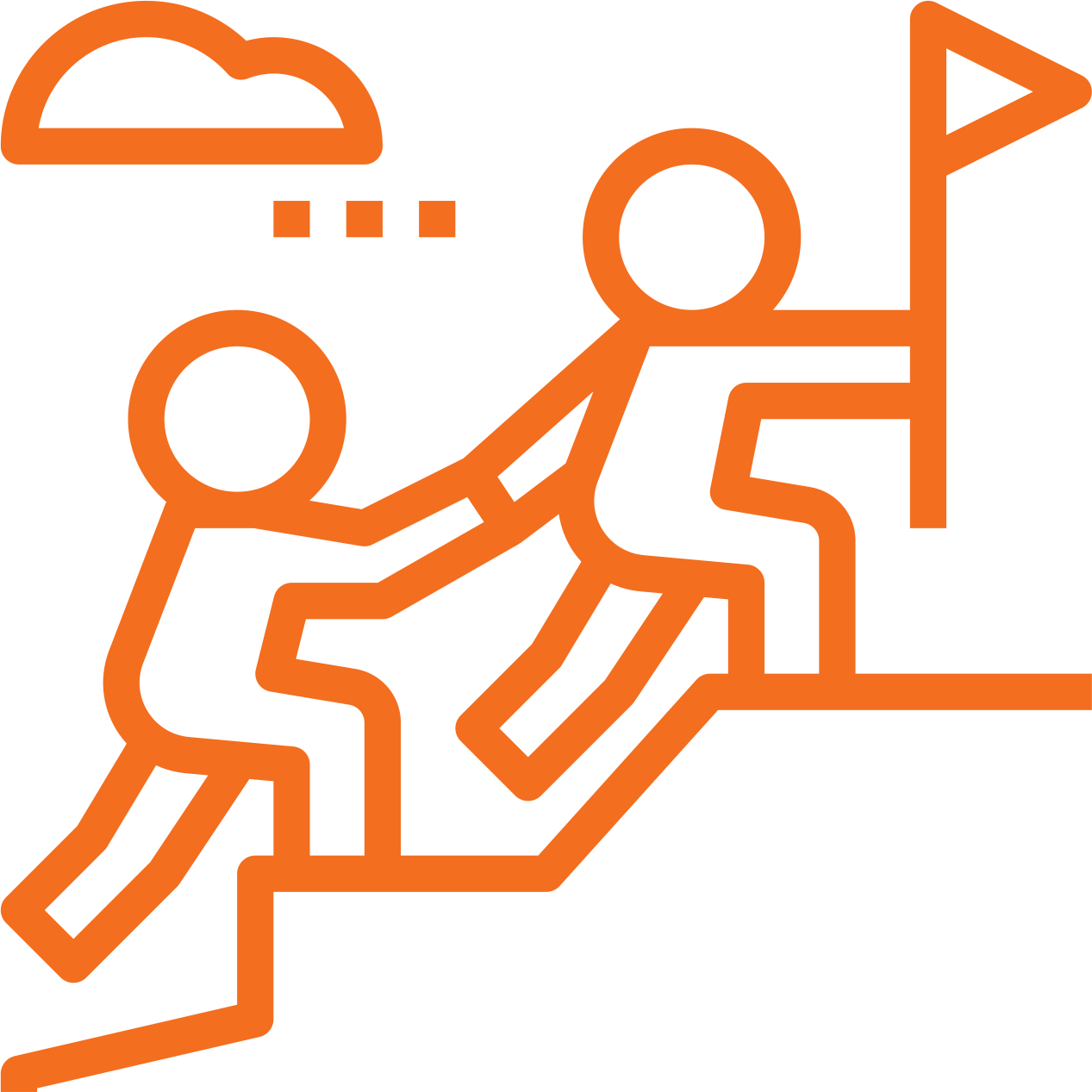 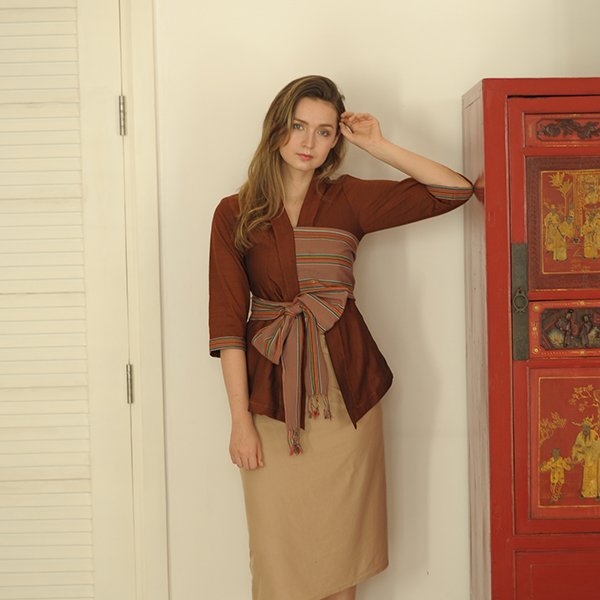 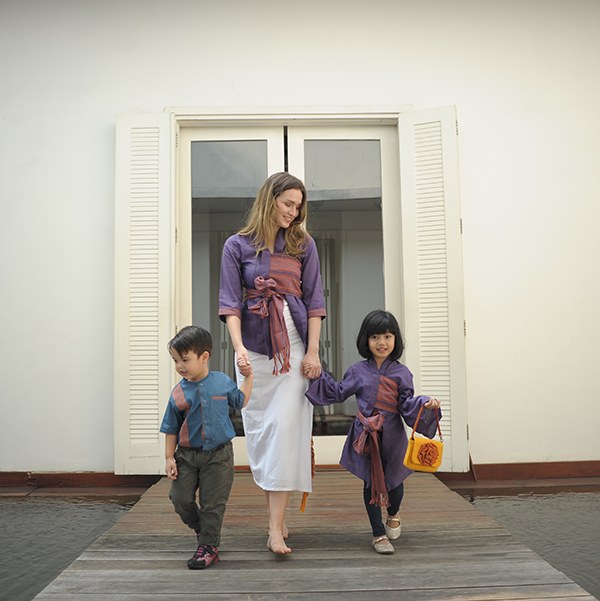 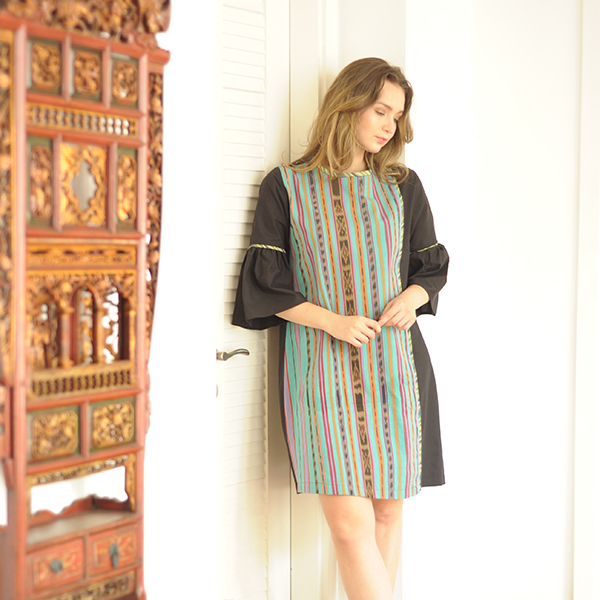 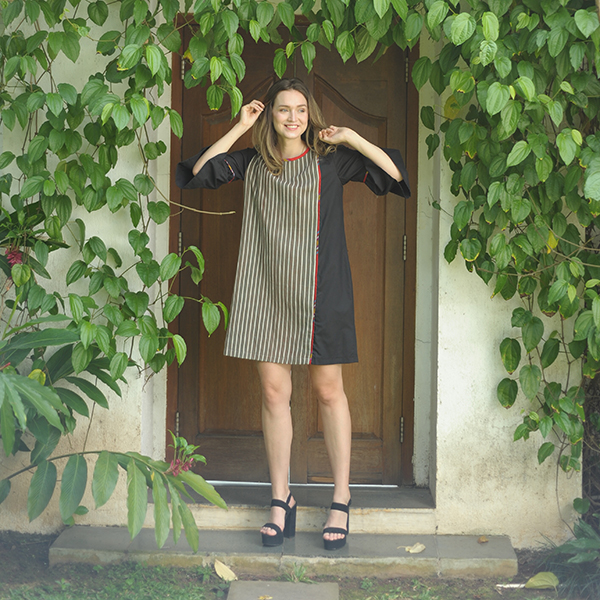 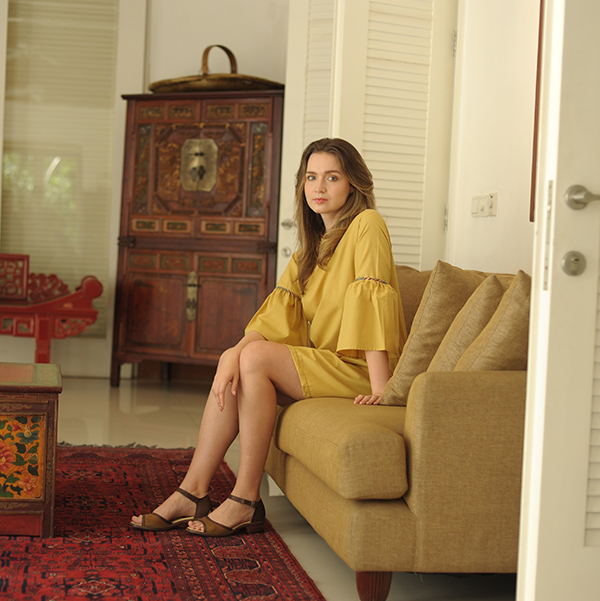 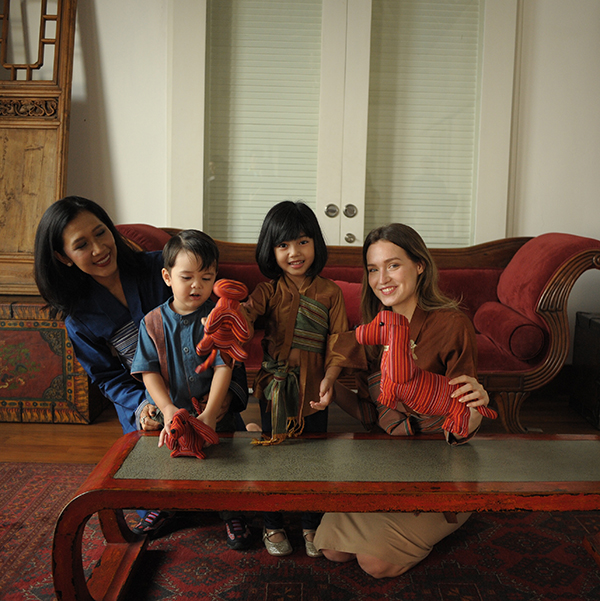 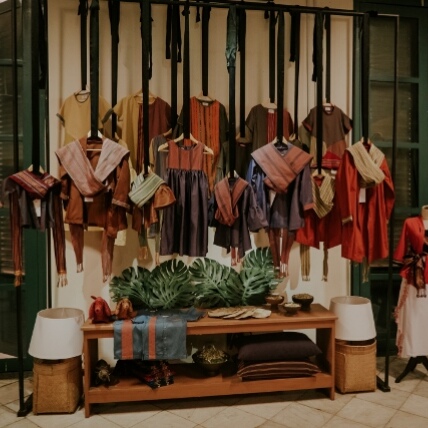 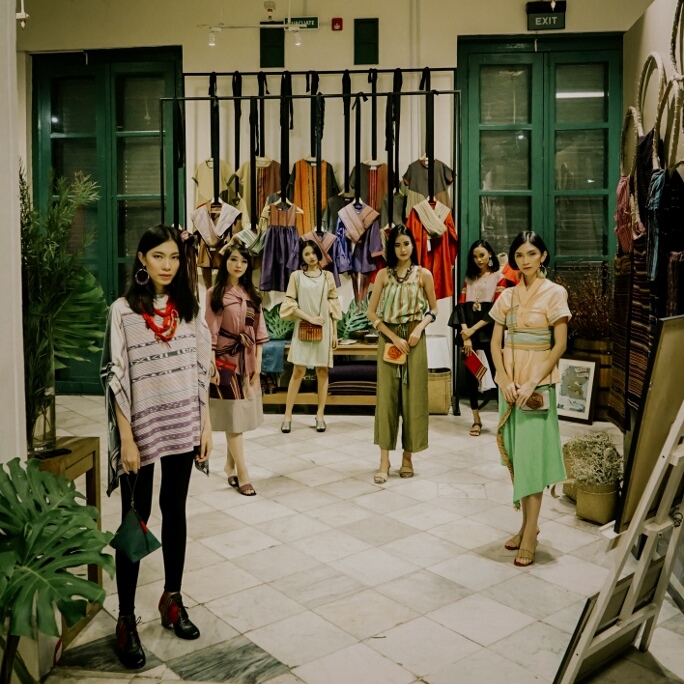 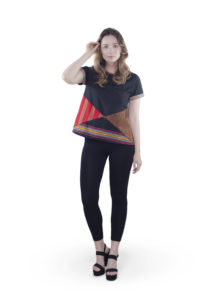 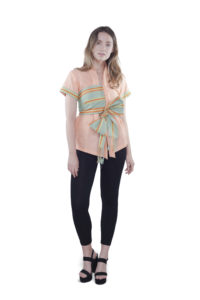 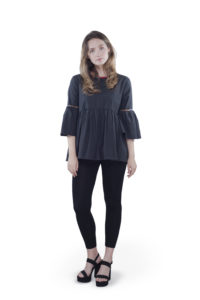 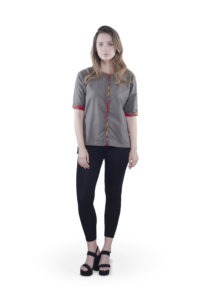 Toraja Melo under “TORAJAMELO” brand sells fashion, homeware and gift products made of the traditional hand-woven textile from the area of origin. Unlike many others, which sell machine made textile by copying the original motifs and techniques and sell at cheaper price.

One finding over the years is that Community Based Travel (CBT) in the form of locally owned home-stays supported by locally run tour programs and hand-crafted souvenirs by the community members can help the communities earn a decent living.

Looking at the growth of tourism in Toraja and the pride of the Torajanese in wearing the handwoven textile, it’s time for TORAJAMELO “sule tondok” or to go home. I have moved my base from Jakarta to Toraja.  In Toraja, we plan to open a TORAJAMELO Gallery with an education corner or community center, where a small gathering can take place.

Since 2009, we have been receiving guests in our house. In 2018 we have formally launched our CBT in Toraja by continuing and strengthening our partnership with the Cooperative of Weavers of Sa’dan, which TORAJAMELO helped establish.  Additionally, we have started our partnership with the Lembaga Desa Wisata (LDW – The Tourism Village Body) Suloara’, which happens to be the sub-district of Batutumonga village where I live. LDW Suloara’ members have been trained for four years in various subjects (i.e. Community Organizing, Financial Management, Homestay Management, etc.) by SwissContact (swisscontact.org), a business oriented independent foundation for international economic cooperation.  In Toraja, SwissContact developed the website for tourism (www.visittoraja.com) and left a legacy in the form of Toraja Destination Management Organization (DMO) and the LDW Suloara’.

In 2018 alone, we have been making plans to receive guests from France and Culinary tours by the famous Indonesian Master Chef, William Wongso.

After Toraja, we will introduce CBT in Mamasa and Adonara & Lembata.  We will continue to grow this income stream by making sure, that the community will receive their fair share.

TORAJAMELO has been featured in many online and printed publications.  We have received many awards. We have been asked to share our stories in many events.  We have been asked to be Mentor and to give advice in various issues, i.e. culture, culinary, tourism, film making, eco-tourism, etc. It is a nice surprise, that several young people have come to TORAJAMELO office in Jakarta from as far as Atambua in West Timor, Tanimbar in Maluku, Ende in Flores, Manado and Mamasa in Sulawesi – they have been inspired by TORAJAMELO and want to go home to their villages to build a local economy.  After meeting us, all of them have resigned from their 9 to 5 jobs, which freaked me out! In fulfilling these invitations, we put priority in sharing with the young generations, in line with the message embedded in the third circle of our logo: to sustain the legacy across generations to come.

Based on these experiences, against the backdrop of deepening poverty and continuous environmental damage, we plan to conduct our activities being the Mentor for the Young.  In the rural communities and in the urban setting. We plan to continue working with people who care and who are willing to be “unreasonable”. So 2018 and beyond will be our “Sharing Period”. TORAJAMELO 3.0

Please stay with us.

Please contact  Dinny, if you want to know more about:

Thank you and warmest hugs,